All The Small Things #4

When my sister and I were little, we spent a lot of time with my maternal grandparents in their village house. Mornings were a time for second breakfasts, feeding the birds, making spice potions, exploring the gardens and farm over the road.
Afternoons were for a trip to the little church where our parents were married, to the cemetery and then back where we were allowed to bother my grandad as he pottered around, seemingly bad tempered and impatient but never scarily so.
By late afternoon, we'd retreat to their living room and watch cartoons or whatever Western he'd recorded to watch. At some point, the sweet tin would be opened.
Ah, the sweet tin. I can see it now and recall exactly where it was kept in the 1950s sideboard. Once a week it was topped up with a giant bag of pick and mix from Woolworths. Every time, I looked for the chewy toffee sweets. Inside, it smelled of sherbet, chocolate and sugar. It was the tin of dreams and I wanted one when I was old enough.
I don't have a sweet tin now I'm a grown up. I may be in my 40s but my self control around sweets is practically zero. For that reason, I hardly ever buy them either. But every now and then I succumb, this week to the incomparable mint chocolates from Hotel Chocolat. Promising myself, as always, that I'd have one a day and savour them.
Reader, I ate them all. And they were good. 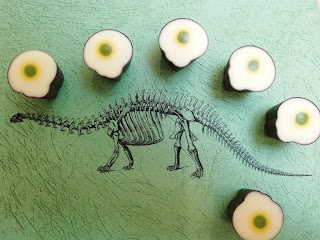