Getting Back To It

It was with some relief that I returned to work this week. As I'm working from home and it involves sitting at a laptop, this is something I can do without worrying about being asked to lift anything heavy. The heaviest thing I lift is the kettle (filled to the minimum required for a coffee boost). I may still be banned from doing any yoga, digging or anything interesting, but I can still use my brain.

And my brain is glad that I can because it was getting impatient. I could almost feel it itching with ideas and plans, which is always a good sign I'm recovering. That said, one podcast recording, one meeting and an afternoon of emails completely wiped me out, leaving me yawning and barely able to hold a crochet hook by 7pm.

I'm so much better that I was even allowed out for a walk all by myself last week. True, I did try leaving the house in my slippers (got 3 paces out of the door and realised what I'd done), the pace is slow and the distance not far, but the joy of being able to get out into the air is not to be underestimated. 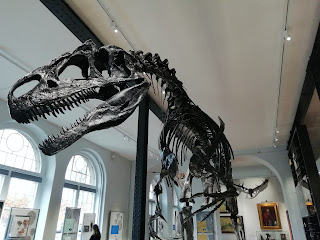 And then it snowed! And got very icy! A fear of slipping kept me from going outside again for 3 days - I really do not need to fall over right now. Although, I managed to almost take a tumble in my own home by getting my foot tangled with a phone charger cable, so maybe I just shouldn't be allowed to stand up on my own. Or at least move from my seat without supervision. Sadly N wasn't taken with the idea of being my personal watchdog - "mind out for the wool! There's a pile of books to your left!" - on the grounds that he has a proper job what pays the mortgage.

He has promised that we'll take a trip up to the allotment at the weekend though, so I can't complain about him.

So far in lockdown we've had surprisingly few rows. The most recent involved him playing The Idles very loudly while he hoovered and I dealt with laundry upstairs. I loathe that band. I mean, really hate them. They make me want to tear off my ears and beat the lead singer into silence with them. I don't know why, I just do. So I did the only reasonable thing and sat upstairs, seething, until the album ended and I could go back downstairs and tell him to put his damn earphones in. 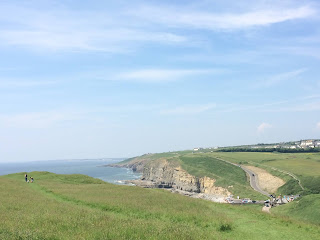 It could be said that he was reasonable in asking why I hadn't mentioned it at the start, instead of waiting until the end, by which time I was in the right frame of mind to throw things (I didn't, credit me with some dignity, if not rationality). But I was not in a mood to be reasonable. At least, not until several hours and a bottle of wine later.

This morning saw a lovely doorstep visit from my son and his boyfriend. They delivered and received belated Christmas presents, and he received a pile of post he hasn't thought to have redirected. That is something he's going to have to deal with soon as they are moving up to Sunderland at the end of Feb. I am trying to gather the tatters of my rationality around me about this - he's not moving to Australia, the house they're getting has a spare room for visits, he's healthy and happy - but it's a close thing.

Not helped by my recent afternoon organising all my photos into neat digital files. I tumbled right down memory lane to the time when it was just him and me, and the places we visited, the hills we climbed and the books we shared. Lockdown or no, I will be giving him a hug goodbye before he goes. 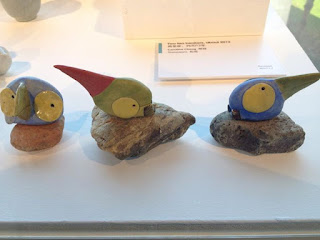 In other breaking lockdown news, I took a pair of scissors to my fringe in between meetings on Tuesday and instantly regretted it. Usually I trim mere millimeters off so it rests just below my eyebrows, hiding my massive forehead and enabling me to see, but I'd got fed up with seeing all that hair, so grabbed the blunt kitchen scissors and hacked off a centimetre, without factoring in the spring-back effect.

Oh dear. Released from the weight of itself, the rest of the fringe has sprung up even further, leaving me looking perpetually surprised and slightly lopsided. I find myself tilting my head to one side in Zoom meetings, trying to disguise it. It'll settle down and grow back again, I know but my eyebrows are seriously traumatised by the sudden exposure and my neck is developing a crick in it.

Really, it's just a symptom of wanting something to change and I'm craving a bigger chop to my hair all over. I'm thinking to the ears, nothing too drastic (I shaved my head once in the mistaken belief I would look like Winona Ryder with her pixie crop - I very much did not), but enough to rid me of all this hair. I keep picking up scissors and putting them down...N may have to hide them before the week is out.

My attempts at sourdough have all failed miserably. The starters I started refused to develop, lying sulky under a sour brown liquid and giving off a smell that no mother could love. I do not have much luck with bread making under normal circumstances. My loaves always resemble dwarf bread (see Terry Pratchett for that running gag) and could potentially be classed as weapons if dropped from any height over 2 foot. So I called it a day on that Earth Mother dream and ordered some instead. I will feed back (pun fully intended) if it's any good.

I did once think I'd be an Earth Mother sort of person: keeping chickens, baking bread, hoard of angelic children being homeschooled around me. Then I discovered that chickens smell (and are quite deranged), I can't bake a bread worth eating and children really get in the way of your reading time. And I don't think clogs are acceptable footwear. Besides, I'm not a one for labels - they always seem too much to live up to. 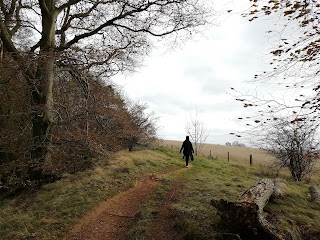 All photos from a handful of the museums, galleries, hills and beaches I've visited with the Kid. Yes, I am milking this.