Of all the Morrises in all the World

I got to visit this one and class it as “work”.
This one is the beautiful Kelmscott Manor, owned by William Morris, and found all the way down in the deepest wilds of south Gloucestershire, through twisty lanes, down steep hills and around tree-lined corners.
I am a very lucky person. 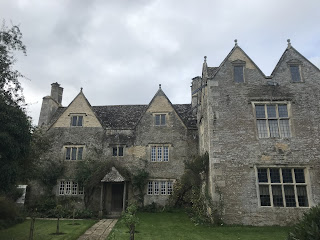 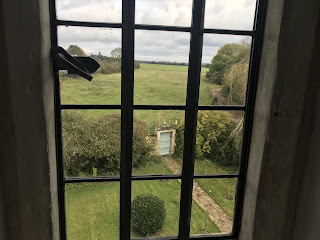 Morris brought this when it was still a farmhouse and set about filling it with beautiful things, including his own, hand blocked wallpaper, which the team are busy recreating.
This was his weekend retreat, a place he described as “heaven on earth” and he populated it not only with things he loved but also people. His family came with him, the Pre-Raphelite crew (including Rossetti, who I suspect was actually quite mean and spiteful. He was definitely full of himself), anyone he took a shine too. 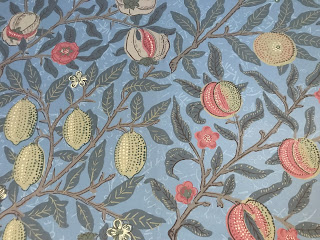 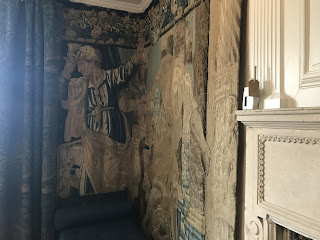 I’ll confess here that I have a bit of a crush on Morris, the big beardy bear of a man that he was. He comes across as a gentle, yet passionate man. Deeply loyal and, of course, a bloody design genius.
The more I read about him, the more I wish I could sit down with him, share some pints, and listen to him talk. 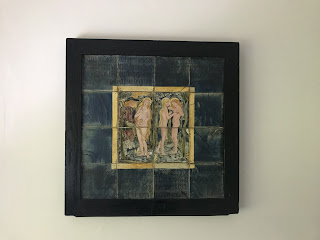 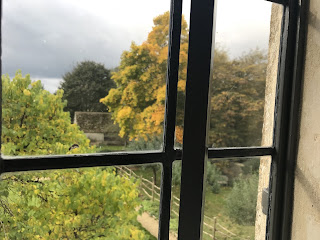 I basically spent the entire visit fan-girling over him, being generally over excited and giddy with spinning my head around to look at everything.
So much detail. In fact, I got so absorbed in those, I mostly forgot to take whole room pictures. Morris probably would have understood. 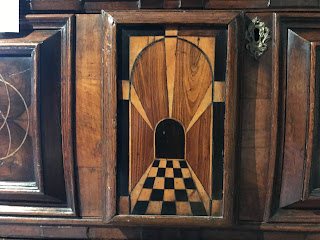 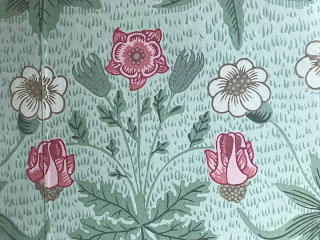 I also spent much of the visit with my jaw open, saying “wow. I mean. Just. Wow.” like the professional I am.
This eloquence especially came into it’s when when I walked into a room, peered at a painting and said “that looks like a Bruegel.”
“Oh yes,” said the curator. “It’s an original.” As casually as if it were cheese.
I mean. Just. Wow. 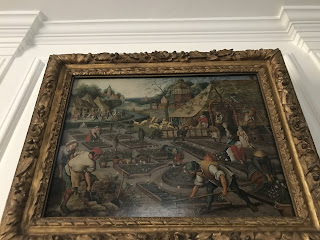 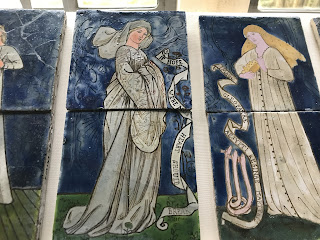 But my absolute favourite thing was the screen below. Morris painted this and would cart it around to lectures, standing in front to tell students and audiences his design principles, the elements of it.
Can you imagine being in that audience? The screen, in an odd way, felt more personal than any of the paintings or tapestries. I can’t really explain why. It just did and I would have liked to take it home with me.
Sadly, there are rules against that sort of thing. 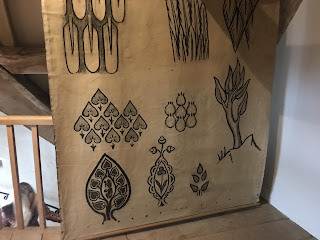 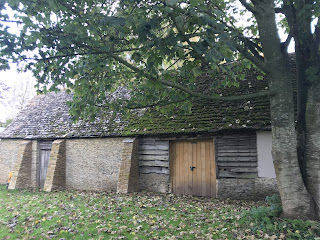 Morris himself, below. Look at those sad eyes. Don’t you just want to give him a hug and tell him it’ll be okay? Or at least prescribe him something for his gout. 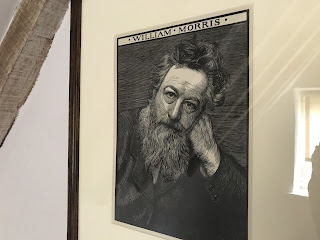 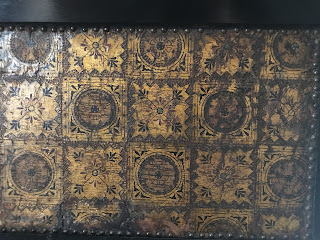 And it was just nice driving around my old stomping ground again. When I lived in Cheltenham, I was but a mere callow youth, who preferred burning the candle at both ends, providing one of those ends was a rave or a club, to doing anything cultural. So I missed this.
But that was another life and besides, the wench is older and, a little wiser, now.
Kelmscott reopens in the spring. Hard recommend.
- November 07, 2021