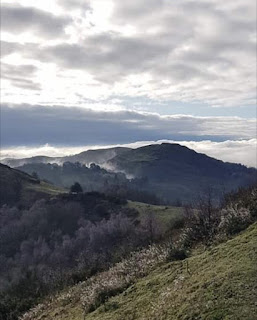 When October rolled around, I dug out my battered copy of Dracula for its annual reading and settled down for a few days of feeling slightly jumpy and the right side of being scared (you know that side: a rush of goosebumps when the cat knocks over a plant pot outside - even though the Count would never be that clumsy - or a mild jump when your partner leaves his dressing gown hanging somewhere different and you spot it in the half light of an early dusk). That feeling should only last the duration of the book and a couple of days after before vanishing, never to return...until you read it again the following year.

This year, after putting it down, I gazed across the shelves to decide on my next book. This takes a while as I have about 1000 books, not including N's. He keeps suggesting a 1-in-1-out policy, I keep finding new ways of stacking them so I can pretend I haven't heard that.

This Autumn, it seems I am in the mood for dense, chewy Victoriana, with a side helping of mild Gothic horror. I want a weighted tangled storyline with complex family feuds and backstories that take entire chapters to retell. I want to hear a metaphorical wind howling outside the window, trees thrashing in protest, as a backdrop to the dark matter in my hand. I want to feel the damp chill of a creeping winter dawn.

After Dracula, I settled down to get myself lost in the moors and wilds of The Tenant of Wildfell Hall and Jane Eyre, settling myself into a warm reading nook while N watched foot-the-ball, and letting the descriptions of wide Yorkshire landscapes take me away from all that. The power balances shifted on the page to the backdrop of feet thunking against wet turf.

Isn't it wonderful how they were able to make the landscape feel so expansive, whilst depicting lives in miniature? And I always find something new when I return to them. Wuthering Heights, for example (read in August). On that reread, I lingered over old Joseph's proselytising, pulpit-raising, style which made me laugh out loud on more than one occasion.

Wildfell and Jane also both contain a supporting cast whose speeches and asides cut through the tension, providing a small moment of comic relief, the brief capering of a jester at times of high tension. I'm more appreciative of those nowadays, and it seems to be a skill we've lost. Now our epic tomes are relentlessly grim and Loaded With Meaning from start to end. You need that lightness to throw the rest of the plot into contrasting shadow.

On honeymoon, I took Lady Audley's Secret, having spotted it on the bookshelves, unread for a few years, and remembering that it included Belgium, which it described as "flat, featureless", a statement I can reveal is partly true. It took up a large part of the suitcase but was forgiven as I, once more, found myself rooting for the Lady Audley as she pivoted and twisted against the confines Victorian society imposed on women, ceaselessly seeking a way out until all routes were closed off.

Back at home, after a couple of misty morning starts, the kind where the air soaks your hair and distant hills appear to be wearing blankets, I reached for Bleak House. It's really the only Dickens I can stand to read without choking on his performative sentimentality and is absolutely perfect for this time of year with its depictions of fog and ceaseless rain, the blackened sooty streets of London. The extraordinary description of the foul Mr. Krook's spontaneous combustion. The icy chill of Lady Deadlock's disdain. Poor confused and persecuted Jo of Tom-all-alone's.

The complete loss of internet at home was a blessing as it allowed me the rare treat of hours of evening time I could give over to reading. But now it's finished, and Esther is happily married, I find myself restlessly scouring the shelves again. It seems that any post-1900 fiction just isn't satisfying right now; thin, sterile things they seem as the weather hurls itself against the windows of the house. A candle is guttering in a draught that reaches me a few seconds later, causing me to wrap the blanket more tightly around my knees. A mug of tea is steaming next to me and there is hot buttered toast for breakfast. It's no good, I can't stop the hand reaching out, fingers extending, grasping until...there!

The Moonstone it is. 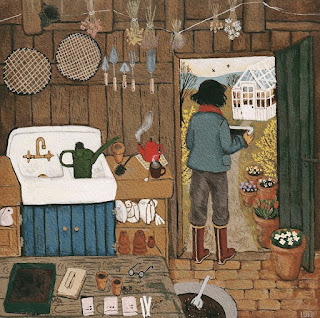